In February 2016, I was awarded the honour of being the nominated Patron by Sihlangene Early Childhood Development Forum.

Sihlangene ECD Forum is an association comprising of pre-schools and crèches in Ivory Park and surroundings (Johannesburg, South Africa). Since Ivory Park was founded in the early 1990’s, there has been a need for children to receive Early Childhood Education, Health and Social Care. Sihlangene crèche owners serve to fulfil this need, and provide employment for teachers and staff.

With little or no formal education, these crèche owners have courageously faced and overcome enormous challenges, both on a personal and organisation level. Some 21 years later, Sihlangene is now organised as a registered Not-for-Profit Company. During mid 2015 I met them for the first time, and begun imparting stress relief techniques. In no time, a solid relationship developed between us. Today, I’m humbled and privileged to have been appointed as a member of Sihlangene House of Patrons.

Our aims and objectives are to ensure township crèche and pre-school children receive quality Early Childhood Development, just as more the affluent children receive elsewhere in South Africa. We are also inspired to provide sustainable food gardens, mobile clinic, mobile library, training centre and monthly magazine to help fulfil these aims and objectives. Business partners, sponsorships and donations are required to help us achieve and sustain this long-term. 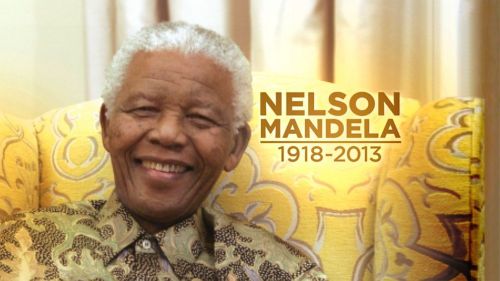 Madiba had a lifelong respect for education, and was extremely vocal about the need for education. Perhaps his belief stems from the stark contrast to his own parents who were both illiterate as a result of no formal education or schooling. Although his parents couldn’t read or write, they weren’t ignorant. In their wisdom, they fully supported Madiba’s desires for education, and he started school at the age of seven. Later on, he studied at university and qualified as a lawyer. Even during his 27 year imprisonment Madiba continued to read extensively. During his last few months of imprisonment, Madiba obtained his LLB through Unisa (University of South Africa), and graduated in abstentia at a ceremony in Cape Town.

Madiba saw equality of opportunity through education as a keys to emancipation, something which has still yet to be realised in South Africa, Africa and many other third world countries. The following renowned Madiba quotations aptly sum up his fervent belief in the value of education:

“We all know that education, more than anything else, improves our chances of building better lives.”

“Education is the most powerful weapon which you can use to change the world.”

“Education is the great engine of personal development. It is through education that the daughter of a peasant can become a doctor, that the son of a mine worker can become the head of the mine, that a child of farm workers can become the president of a great nation. It is what we make out of what we have, not what we are given, that separates one person from another.” 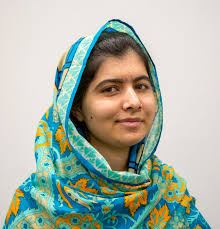 Madiba’s sentiments are echoed by another great individual, a young lady who has already done so much for education worldwide in a few short years. Malala Yousafzai, the Pakistani activist for female education, and the youngest ever Nobel Prize laureate. Her quotation is simple, to the point, and highly significant:

“One child, one teacher, one book, one pen can change the world.”

Globally, education should be a basic human right, along with food and shelter. Education can address all the pertinent issues that need attention worldwide, inequality, employment, environmental and poverty issues. After all, education is the only way to empower and uplift humanity. The quotation below aptly sums this up:

“From better health to increased wealth, education is the catalyst of a better future for millions of children, youth and adults. No country has ever climbed the socioeconomic development ladder without steady investments in education.”  Irina Bokova, Director-General of UNESCO

As Patron of Sihlangene, Bridget is inspired to achieve the above objectives, and to continue teaching her Stress Gone! techniques where this is needed.

This short video is of one of the early Stress Gone! workshops conducted with a small group of Sihlangene ECD Forum ladies (creche and pre-school owners).
I am truly blessed and privileged to work with these incredible woman who do SO much for their communities. Since children are the future of this world, great care should be taken in looking after their welfare, ensuring they’re loved, nurtured, educated and healthy.