Why I became Vegetarian? (Now Vegan)

“Only after the last tree has been cut down… the last river has been poisoned…
the last fish caught, only then will you find that money cannot be eaten.”
Chief Seattle, native American leader (1786-1866) 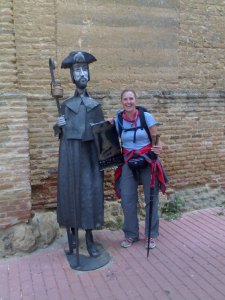 Upon hearing I’m a vegetarian (now vegan), people always inquire why? Understandably so especially since many know me as a farm girl who grew up riding horses, herding sheep and dipping beef cattle etc. Back home on weekends from boarding school, I’d often be found at the dairy parlor feeding newly born calves. We, like all farming families, consumed copious amounts of meat daily.

Naturally, becoming a vegetarian seemed a complete anomaly, and far from my farm girl reality. At 43 years old I was suddenly faced with a choice, and an awakened consciousness so compelling, I couldn’t ignore it.

Let me digress a little, in 2007 I underwent a traumatic experience which culminated in me being thrown completely out of my comfort zone. As a result, I departed South Africa for three months with little more than a backpack containing two sets of clothing and headed straight for the Camino, an ancient pilgrimage through northern Spain for some deep soul searching. Over a 40 day period I walked in excess of 1,000kms along three separate Camino routes.

Ironically, the Spanish translation of Camino means ‘The Way’ and while walking an average of 25 -30 km per day several things became apparent. In hindsight the trauma had indeed provided several significant cathartic yet defining gifts, as if by design a profound healing was set in motion: a healing that was way beyond my own personal sphere.

Firstly, I finally embraced the career path I currently pursue in Energy Psychology having avoided it for more than a decade, and within weeks of returning to South Africa I discovered Emotional Freedom Techniques (EFT ‘tapping’). Secondly, becoming a vegetarian! I never intended this given the way I grew up as a typical meat-eating South African farm girl. How did this happen?

After completing the Camino I traveled on to Switzerland where a friend gave me a fascinating book to read while touring the Alps (just in case I got bored of the breathtaking Alps views). Author John Robbins’ book, The Food Revolution, how your diet can help save your life and our world exposes the myths and dangers about today’s food (typically high-fat diet rich in animal protein and simple carbohydrates such as sugar) and reveals extraordinary benefits of healthy alternatives. This book is an absolute must if you are interested in your health and well being: prevention is better than cure.

I was a naive farm girl, so while reading this riveting book I was astonished at, for example how almost single handed the world’s beef industry is responsible for contributing towards:

And, lastly but most importantly I realized what I now believe is completely overlooked, which I am sure goes beyond the imagination of any unsuspecting ‘naive’ grocery shopper:

I continue my story after this video: 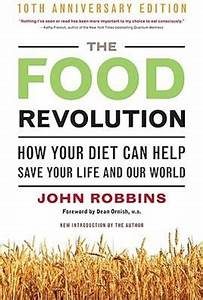 Well, I hadn’t even finished the The Food Revolution, how your diet can help save your life and our world book when I made one of the easiest decisions of my life to become a vegetarian and almost 10 years later I haven’t once regretted or reconsidered my decision.

It’s not a question of how long we live, but how well we live!

Personally, I’d rather die with a clear conscience knowing in some small way I’ve contributed to the overall health and well being of the planet, including the animals, forests, water and weather too.

As Gandhi said, “Be the change you wish to see in this world.” In fact, having no children of my own I’m actually eating for the legacy of your children and grandchildren; shouldn’t you consider doing the same? And, you don’t have to go walk hundreds of kilometers along the Camino to gain some common sense either, just read the Food Revolution book instead ?  Or, simply listen to your heart, because murdering animals for their flesh isn’t kind, compassionate or humane!

This may surprise you: if the ‘powers-that-be’ didn’t control or artificially interfere with Nature by altering our food supply (mechanically, chemically or otherwise), there would be enough natural, wholesome food on this planet for every human being to have at least one, if not two healthy, nutritious meal a day … no harmful chemicals, additives, flavourants etc are necessary. Manufacturered food isn’t REAL food either; its synthetic, and therefore totally lacks life force energy.

When will we WAKE UP and take responsibility for the legacy we have created, and will be leaving behind for future generations, either directly or indirectly by supporting these  meat industries?

In closing, I’ll let C. David Coats have the final word (preface to Old MacDonald’s Factory Farm): “Isn’t man an amazing animal? He kills wildlife—birds, kangaroos, deer, all kinds of cats, coyotes, beavers, groundhogs, mice, foxes and dingoes—by the million in order to protect his domestic animals and their feed. Then he kills domestic animals by the billion and eats them. This in turn kills man by the million, because eating all those animals leads to degenerative and fatal health conditions like heart disease, kidney disease, and cancer. So then man tortures and kills millions more animals to look for cures for these diseases. Elsewhere, millions of other human beings are being killed by hunger and malnutrition because food they could eat is being used to fatten domestic animals. Meanwhile, some people are dying of sad laughter at the absurdity of man, who kills so easily and so violently, and once a year sends out cards praying for ‘Peace on Earth’.”

Love and peace to all sentient beings! 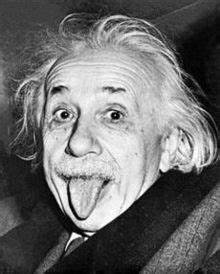 I thought I would “spice up” this blog with the inclusion of some current day “rich and famous” personalities, who like me, have also made a life changing decision about their food choices. Just so you know, I had no influence over them, or them over me in my decision making! (Lol…)

Considering the influence “rich and famous” have over our lives, particularly via the media, socially and culturally, their impact is being felt as they make waves in the food industry by creating awareness. Researching this list was quite an interesting exercise, and is by no means exhaustive. I randomly selected names on the basis of whom I’m familiar with. Some folks are now vegans.

Since 2008/9 when I originally wrote this blog, I’ve become a vegan because being vegetarian doesn’t support animals 100%. Vegetarians simply don’t eat meat products but still consume eggs, dairy and honey, and use leather, wool, mohair products etc whilst vegans use absolutely NO animal products whatsoever.

Today, in 2019, veganism has gone mainstream largely due to the environmental crisis the world is currently facing. It’s almost impossible to keep up with all the latest vegans among sportsmen and women, actors, singers, influencers and celebrities who are consciously choosing a vegan lifestyle.

In addition to this, the enormous Amazonian fires have been directly attributed to cattle (beef) farming, which has sent shockwaves across the globe. Now that this despicable truth has been exposed, veganism has gained enormous popularity; finally! I’m pleased to know millions and millions of vegans have been driven by an ethical and moral conscience to now do what is right because the disgusting and horrific truth that more than 200 BILLION animals are murdered annually in industrialised farming complexes purely for the sake of satisfying human palates and plates. Nothing else! The effect of which is now termed ‘animal holocaust’.

This staggering number completely excludes the millions upon millions of animals who died in the horrific wildfires across the Amazon, Siberia, Australia, Africa, Indonesia, California etc. This 200 BILLION also excludes the 85% of wildlife plundered across the globe within the last 50 years (according to the WWF scientists who recorded this rapid decline) – this sheer destruction is all due to man’s interference and exploitations of natural wildlife habitats and reserves. “Mankind” is anything but kind; he’s a thoroughly destructive, savage and barbaric monster that literally murders anything and everything that moves! This is why I can NO longer be a silent vegan … I’m using every opportunity to speak out, to educate and try wake people up around me.

Ironically most people think Vegetarianism is some ‘New Age’ thinking or ‘fashion statement’. It’s a dietary choice; a conscious choice about eating plant based foods rather than consuming the flesh of an animal that was killed simple for man’s selfish reasons. Going back centuries in time, people have been choosing a healthier diet. Sure many chose this for spiritual or religious, ethical or moral reasons. Here are some very well known historical figures that have in one way or another shaped our modern day society:

To conclude, here are two profound quotations which according to Ovid, Pythagoras believed that “animals share with us the privilege of having a soul” and, “for as long as men massacre animals, they will kill each other. Indeed, he who sows the seed of murder and pain cannot reap joy and love.”